This is Your Comp Program on Drugs

Recent events like the WCRI conference pushed back our coverage of the National Council on Compensation Insurance's update of their ongoing research on the role of pharmacy costs inside overall comp costs. While it's true that the opioid crisis rages on and the number of deaths in the US from opioid overdoses last year were more than all the deaths caused by motor vehicle accidents*, there is some good news in the details.

Overall prescription drug costs per active claim have been going down in the last few years and the costs of opioids have gone down even faster. The costs of physician dispensed drugs and brand name drugs is also down. Both of these cheering developments are due primarily to lower utilization of drugs per active claim. Treating physicians appear to be writing fewer prescriptions, since the actual unit costs of pharmaceuticals have been going up. Better utilization of in-network pharmacies may also be helping.

Less happily, the most prescribed drugs by volume in 2016 (last year of data) were still Lyrica, OxyContin, and Gabapentin, followed closely by OxyCodone. This Big Four accounted for almost 20% of the total drug spend. Overall drug costs remain historically high at about 13.7% through 2016, but it seems fair to say that dramatic increases in drug costs are - for now - a thing of the past. The extensive new controls implemented by most carriers and TPAs appear to be working, but fairly dramatic differences can still be seen between states with the Rx share of medical running from around 8.7% to 22.9%. Some states, like Washington and Ohio, have been aggressive in curbing the over-prescription of opiates in particular, while other have lagged.

All in all, this recovering academic would grade the progress shown in this NCCI report about a B+ across the board with some states getting a straight A and a few racking up a D-.

*According to the National Safety Council, the odds of an American in 2017 dying by accidental opioid overdose were 1 in 96 and the odds of dying in a motor vehicle crash 1 in 103.

In a recent survey of some 212 CFOs conducted by Duke University/CFO Global Business Outlook, some 48.6% said that the US will be in a recession by the end of this year and 82% agreed that we will be in a recession sometime in 2020. An extraordinary article in HR Magazine (membership required) by Dori Meinert, senior writer/editor at HR, discusses the likelihood of a new recession starting soon and, more to our point here, what corporate HR departments should be doing to prepare for the possibility.

Some of the ideas she lists for HR have direct application to risk management departments as well:

Waiting until the axe falls to deal with inefficiencies, obsolete risk programs, personnel problems, or other items that may be running at well under 100% can lead to a series of classic mistakes as noted in the article. One HR expert quoted offers good advice for risk management as well as HR: “The most effective way to prepare for a recession is to strengthen the way your business operates today.”

Perhaps the most important advice in this piece is not restricted to recessions. Build and maintain trust with your people. Share information that can be shared, be honest, and work with your people to develop ideas about how to trim costs to help the company get through tough times. If you have to let employees go, treat them with dignity and respect. The point? “When the economic storm clears, those organizations that worked to minimize layoffs, build trust and treat employees with compassion will be headed toward a brighter horizon.”

Our humble Journal takes no position on whether a recession is looming or not, but the fact that the leading US HR publication is now talking about what to do if it happens, strikes us as news and attention-worthy. Perhaps we should all take a tip from the cruise line industry. Cruise ships seldom sink, but lifeboat drills are obligatory and a good idea for all. 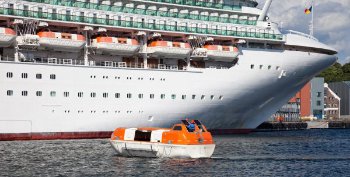 Got your boats lined up?

Our old friend, Dr. Michael Coupland, introduced the valuable concept of strezazzle in a recent article about a newly recognized communicable disease - stress. Dr. Coupland summarizes some of the new research showing that stress appears to be seriously communicable in close populations, hence 'strezazzled' (overly stressed out over relatively menial issues). The research began in mice, but early investigations seem to show parallel impacts among humans. For example, the families of people with PTSD show signs of elevated stress themselves.

What to do? Here are five suggestions that managers like yourself can encourage to keep stress from spreading through your organization and modify levels of cortisol, the stress hormone:

Common sense suggests that stressed employees may be more likely to have on the job accidents. These are five painless ways to facilitate workplace safety - especially that last one.

Today California is the poster child for earthquakes and wildfires but new research published in the LA Times suggests that flooding from rising sea levels may outpace both threats as the costliest cats in the Golden State. The new research is noteworthy on all coasts because it is the first modeling to combine both sea level rises and likely storm activity. In effect, a rise of a few inches in the mean high tide line is one thing. Combined with a major storm coming onshore, it takes on a whole new dimension.

As the Times article points out: "The study combines sea level rise and storms for the first time, as well as wave action, cliff erosion, beach loss and other coastal threats across California. These factors have been studied extensively but rarely together in the same model." While the subject here is the California coast, the same analytic process can apply to every sea coast around the US. Catastrophic impacts may be closer than we think when all of these elements are combined in the same model. For example, a Stanford study last month found that downtown Annapolis, Maryland's state capital, lost 3,000 tourist visits in 2017 due to high-tide "sunny-day" flooding - as much as $172,000 in revenue for local businesses. A hint of things to come.

The risk dimensions of coastal locations for your business and the locations of your suppliers and customers are changing all the time. Not a problem if you only do business in Nebraska*, but if you're in any of the coastal states, check out the latest research. Don't get caught with your feet wet.

*Whoops, Nebraska's flooding too. Looks like we need a lot of rethinking about flood related business interruption risks.