Gallagher Bassett is a proud supporter of Kids Konnected, whose mission is to provide friendship, understanding education and support for kids and teens who have a parent with cancer, or who have lost a parent to this devastating disease.  Kids Konnected was established by then 11 year old Jon Wagner-Holtz in 1993, this organization has provided support for children who are feeling alone and in need of peer support as a parent, or caregiver, battles cancer.

For their 25th Anniversary Gala on October 27, 2018, Kids Konnected recognized our own Caryn Siebert, Vice President, Carrier Practice, as a Silver Star honoree for her contributions to the organization as a board member for a decade, including 5 years as the Chair.  Caryn has also served as the Ambassador to Children in 2008, and even played Mrs. Claus at the 2016 holiday party.

Gentle Bear was featured in the centerpieces, “Hope the Bear” Care Packages, which include supportive reading, flyers, brochures and cancer resource materials for affected children.

When asked why she chose Kids Konnected with whom to work and benefit, Caryn says, “I moved to California in 2004 and wanted to get involved with a charity helping the local community involving cancer or stroke. My grandmother passed away from pancreatic cancer and my grandfather from a stroke.”  Over the years, she encouraged each organization with whom she worked to get involved.

As the family of those affected by cancer, Caryn’s mother, Naomi Golub (pictured with Caryn), has donated silent auction items over the years to support the cause.  And when Caryn’s father Barry passed in 2015, those who remembered him sent donations to Kids Konnected in lieu of flowers.

Kids Konnected has support groups in CA, TN and NV, a camp in Big Bear, CA (offered on a scholarship or “pay as you can” basis), as well as inspirational books and coping and bereavement toolkits.  If you would like to find out more about Kids Konnected, access their free resources, or make a donation of your own, please visit their website: www.kidskonnected.org. 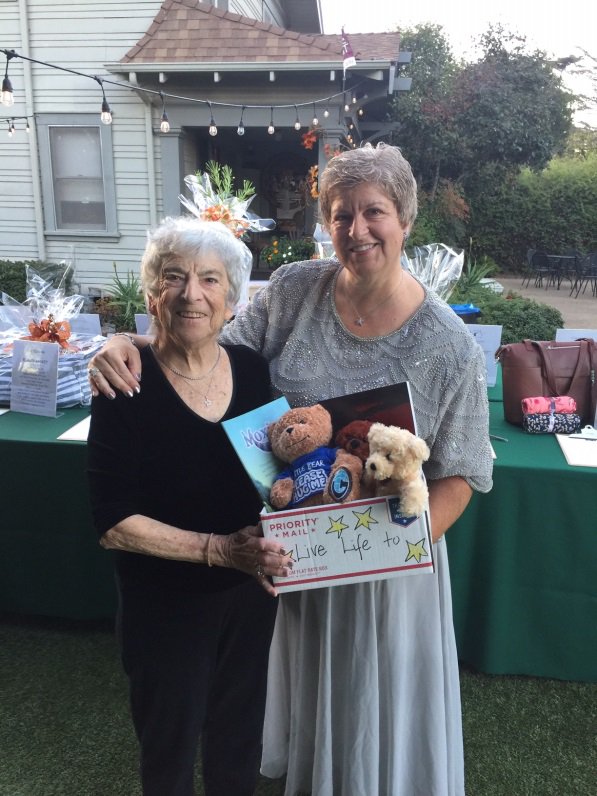 Gentle Bear and friends provide support as part of a care package for children whose parents or caregivers are battling cancer.