Our people are our product. America’s captive insurance industry gathered in Burlington, Vermont, on August 5th to celebrate the annual U.S. Captive Review Awards. This was the largest gathering in the event’s nine year history. Captive Review led the evening’s events and handed out awards to members of captive industry across more than 30 categories, including for Captive Manager of the Year, Captive Service Professional of the Year, and Actuarial Firm.

For the second year in a row, Gallagher Bassett is proud to be named the Claims Specialist of the Year. The intent of this award is to recognize those providers of captive insurance products and services who have outperformed their competitors and demonstrated the highest levels of excellence over the past 12 months.

Gordon Padera, Executive Vice President, Captive Practice at Gallagher Bassett said of the award, “The recognition bestowed by this award is due to the outstanding service provided to our Captive Book of Business by the entire GB Captive Practice Team.  Each Resolution Manager, Supervisor, Branch Manager, Account Manager and Account Assistant should take great pride in this accomplishment.”

Congratulations to the Captive Practice on a job well done and an award well earned. 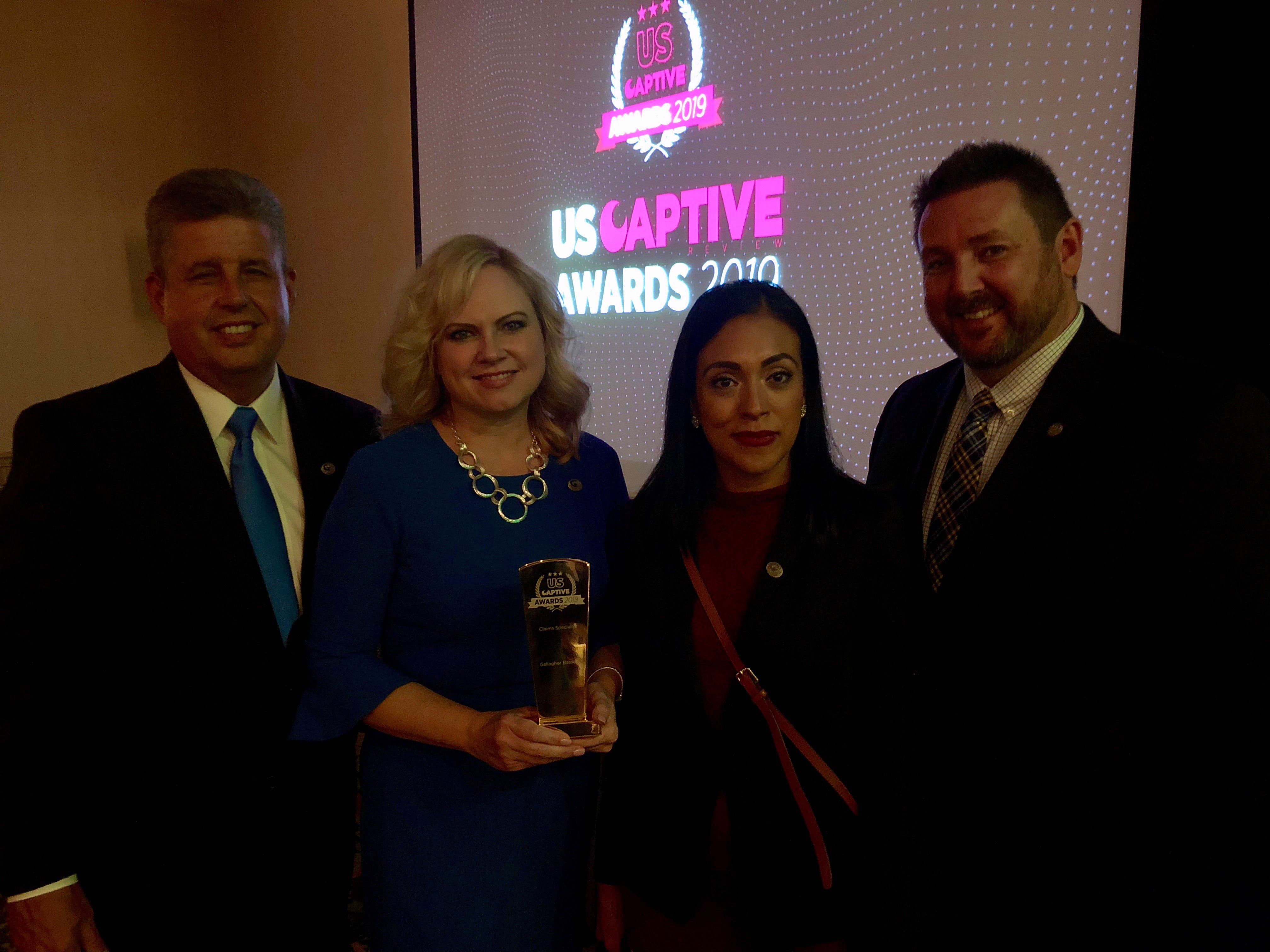