Workers' Comp And The Seeds Of Time

MacBeth asks the three weird sisters, "If you can look into the seeds of time, and say which grain will grow and which will not, speak then unto me." Here in 2021 we don't have a coven of witches but we do have Joe Paduda and Managed Care Matters to help us see into the murky future of workers' comp in this gradually post-COVID world. Joe's gaze ahead is the best we have seen thus far.

Obviously, the national economy is a very mixed bag right now with materials shortages and uneven recoveries across both industries and regions, but Joe identifies a few key drivers that may well send claims volumes up:

Now add to this a couple of insights from NCCI's Annual Issues Symposium as reported by Joe:

The indicators we have now for comp suggest that, once again, the end of the world has been postponed due to lack of interest**, not that COVID didn't try. As we have noted in this Journal frequently, risks are changing, perhaps dramatically in some areas (anything weather-related, for example), but comp seems to waddle along with relatively few major deviations - perhaps the one area of risk that you need to lose the least sleep over.

*Keen readers of NCCI reports know that NCCI gathers data from around 40 to 45% of the industry, so these stats are not definitive but the Great Database in the Sky for comp does not exist, so NCCI is about as good as it gets.
**One advantage of being well past a certain age is that after the ninth or tenth go-around, the end of the world loses its glamor. 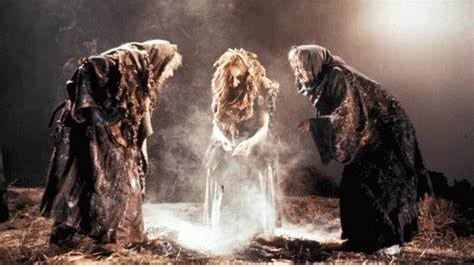 MacBeth: What is it that ye do, ye secret, black and midnight hags?
Witches: Workers' comp underwriting forecasts.

Karoshi Revisited Or: Are You Dying To Do A Good Job?

A couple of years back, we introduced our readers to a new Japanese term, karoshi, or death by overwork. In Japan this refers to a not uncommon phenomenon: a dedicated employee suddenly collapses at lunch after years of giving his all for the company across long hours, weekends, foregone vacations. Whatever the proximate clinical cause of death*, the real cause was working beyond exhaustion.

Karoshi came to mind the other day when we read a new report:

The research involved collected data from some 2,000 actual crashes across six states, so we are not in the realm of theory here. We have reported on related findings in past issues of our Journal, but this analysis seems unusually persuasive.

What to do? Well, the National Transportation Safety Board (NTSB), issues an annual "most wanted list" of safety improvements, and their 2019-2020 list includes "screening and treating obstructive sleep apnea" among the top 10 topic areas. Might be a hint. Yes, there are ways to treat some of the sleep disturbance issues involved. Should your worker safety team be promoting this knowledge?

True, much of this lies beyond the job description of a risk manager, but ask yourself - how many of our people have to be sleep addled or health compromised by controllable factors arising right here at work before the accidental effects seep into our comp and fleet operations exposures, or into our general liability et al before it becomes the proper business of risk?

*Your reporter's great grandmother died peacefully at 94 back in 1926. The official cause on her death certificate was "wore out," probably correct for a woman who ran a cattle ranch on the frontier, raised six kids, and buried five husbands. 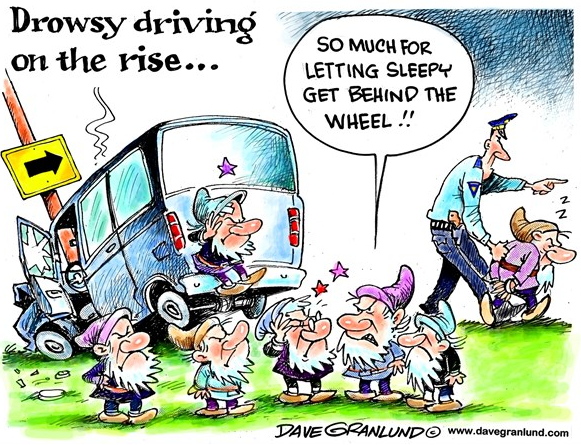 Quick Take 1:
Young Ain't What It Used To Be

One fine day back in the early 1920s, Supreme Court Justice Oliver Wendell Holms Jr., well over 80 at that point, was walking in Washington with his law clerk. A young lady crossed their path wearing one of the new "flapper" outfits much in vogue at the time. Justice Holmes turned to his clerk, sighed, and said, "Oh, to be 70 again." Age really is just a number, but here's a point to remember: "One third of millennials have a health condition that reduces both their quality of life and their life expectancy, according to a recent study of medical claims done by the Blue Cross Blue Shield Health Index."

Well lucky you. That's HR's problem, right? Er, no. These same millennials will be having workers' comp accidents and their unwillingness to seek regular preventive treatment and follow basic healthy living guidelines can cost you big time when what should be minor injuries become life-changing events and RTW becomes increasingly elusive. Historically, we have expected people less than forty to tend to bounce back from all but the most serious injuries.

Old news. Today, the study noted, millennials managing one or more chronic health conditions stand in stark contrast to their Gen X colleagues who are actually more likely to be healthier as they get older. The average millennial's health begins to decline at - are you ready for this? - age 27. Oops, you weren't ready. Sorry.

For a number of reasons, the authors of the study expect this situation to get worse in coming years. What can you do? Two ideas come to mind. First, work with your colleagues in HR to make certain that post offer/ pre-employment physicals are used when appropriate. Second, be prepared to offer a strong program for workplace accommodation. Following the adoption of the ADA and follow-on laws, most companies have gotten much more sophisticated about using the interactive process and accommodations, such a job rotations, special tools, better workstations, and so forth to stay on the sunny side of the ADA.

Oddly, it's not us old folks who are driving this need. The 70 year olds are holding up OK; it's the young whippersnappers who need help. Don't think young means fit. Not true anymore. 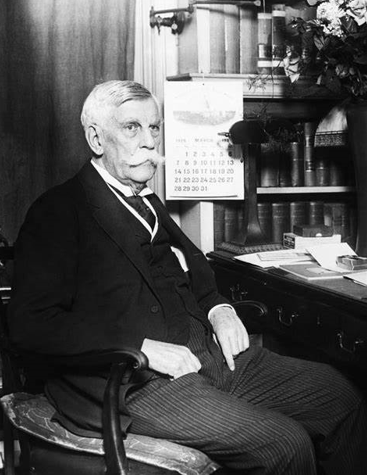 Justice Holmes: one of the most widely cited Supreme Court justices in history.

Quick Take 2:
Get The Point

One of Britain's foremost composers of the last century compared the process of composition to approaching a large country estate on a foggy night*. At first all you see are half shrouded glimpses of various parts of the house. Not until you are right on top of it does the whole thing come into focus. The world of work and commerce, post-COVID, seems to be appearing in much the same piecemeal way. One small corner has become plain in the last few days. Delta Airlines has announced that all new hires must be fully vaccinated.

Delta's new policy is especially important since transportation has been one of the hardest hit industries and flying does present some special issues. "The aircraft cabin is an enclosed, pressurized, and increasingly crowded space as people return to the sky in fewer and smaller airplanes," Sara Nelson, the international president of the Association of Flight Attendants-CWA, said in a statement. American Airlines announced in March that workers who do get the shot will be eligible for an additional day off in 2022 and a $50 voucher. A spokesman for Southwest Airlines said the carrier is encouraging employees to get vaccinated but has not made it a requirement.

Clearly, we do not yet see a broad consensus, even in this one industry, but employers are beginning to figure out how to define the next normal (to borrow MacKinsey's excellent phrase). Every industry has specific needs and conditions that must be met within whatever broad government policies may apply. Vaccinations, masks, work from home tech, online calls, and social distancing are just some of the ingredients we have to work with.

What's the optimal combination for your organization? Minimizing the old risks we all know as well as the new ones that we have been pointing out in these august pages since COVID slammed us last year has to be a major part of the next normal. Have broker services, loss engineering, risk consultants, and top notch administration services ever been more important, more vital to the ongoing success of your organization? We think the answer is bright and obvious.

*Benjamin Britten, bless you for asking.

Does Tornado Alley have a new extension? Check this lead from the Albany Times Union, dateline Mechanicville, NY:

Like the hurricane season overstaying its welcome, tornado risk zones are moving and getting larger, especially in the southeastern states. Now even New York seems to be getting in on the action. 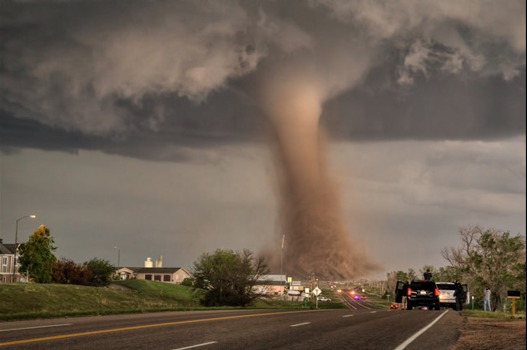 Hey, Toto - is that Mechanicville?

Having invoked the end of the world earlier, we feel obligated to offer this antidote for existential anxiety:

The trouble with the media is that it seems unable to distinguish between the end of the world and a bicycle accident.
-- George Bernard Shaw