Are You in Denial?

A new claims study by Lockton has a lot of people in the workers' comp world talking. If you haven't heard about the report, perhaps the following observation by one of the savviest insurance journalists we know will pique your curiosity: "In nearly 25 years of reporting on risk management, I don't recall seeing a research report that so struck me for its potential to help upend the handling of workers' comp claims." That's from Roberto Ceniceros, senior editor at Risk&Insurance.

At the risk of oversimplifying a very insightful study, the key finding comes down to this: 67% of initially denied comp claims convert to paid claims within a year and those claims cost about 55% more than similar claims not initially denied. If dollar signs help to focus your attention, claims initially denied and then later paid cost $15,694, on average, while claims accepted and paid cost $10,153. That's $5,541 down ye olde rat hole for each erroneously denied claim.

The Lockton study focused just on workers' comp claims but we can't help but wonder if a careful review of other P/C claims might not show a similar pattern. A failure rate of 67% is high in just about any type of process which supposedly deploys expert skill sets and multiple reviews. If 67% of the teeth pulled by a dentist didn't really need to be pulled, would you go to that dentist?

Why this happens is a question ripe for speculation, but the immediate take-away from the Lockton stats is simple. Have you asked your TPA for a metric based on overturned denials? Do you track this across claim years to see how your denied/later approved claim rate varies? Have you explored the "inside story" of your controverted claims? For example, our studies of controversion at GB show that the controversion rate marches in lockstep with the initial complexity of the claim, as measured by our SMART score, which opens the question of how many such claims should be challenged, regardless of the eventual outcome.

You rightly worry about your TPA not applying the proper schedules and discounts to medical bills or engaging medical management services unnecessarily, but those items are small potatoes compared to $5,541 in unnecessary legal fees and other costs incidental to an improper denial and an avoidable controversion process. Have you and your TPA discussed this issue lately?

Are you in denial about denial?

Nothing is ever as simple as it looks. Let's say your company has selected a rideshare service partner, probably either Uber or Lyft. Let's say that you are using this service both for shuttling visitors to/from the airport and your home office and to regulate your employees' transportation needs while traveling on business. Seems logical - but what new avenues of risk just opened up under your feet? Katie Dwyer in a recent Risk & Insurance piece examines the new gopher holes you might step in.

Uber and Lyft are one obvious example of how new technology constantly outstrips the law and regulatory process. Many of the questions raised in the R&I article do not have definitive answers across all states. All you can do as a risk manager is to examine each aspect carefully by the light of known laws/regs and parallel case law and keep on top of new developments. Oh, and keep in mind the best free advice your humble scribe ever received from an attorney:

Never, ever have your name on a landmark Supreme Court decision.

You Win Some, You Lose Some

This may not be obvious to the naked, untrained eye, but 2018 had smaller global aggregate cat losses than 2017. Our friends at Munich Re keep close tabs on cats and their 2018 summary gives us a few facts worth thinking about. For example, the US is #1 again with the highest aggregate cat losses for 2018.The change? Hurricane losses were well down in 2018 to $30B but wildfire losses were way up at $24B.

As losses from wildfires have grown in step with increasingly frequent hot and dry summers, "many scientists see a link between these developments and advancing climate change", said Mr. Ernst Rauch, Munich Re's head of climate and geosciences. With more development - residential and commercial - in fire-prone areas, we can expect more disasters like the "Camp" fire, which killed 86 people and is estimated at $16.5B in total dollar losses (memories, pets, heirlooms, and peace of mind not included). Wildfires also caused major damage in Scandinavia for similar reasons.

Not all cat events were headline grabbers. As the report notes, Europe was spared dramatic one-off disasters in 2018, but a long summer drought inflicted around US$3.9 billion in direct losses to arable crop and livestock farmers and slowed economies as rivers ebbed too low to be used for freight traffic.

What does this mean? Well, for one thing, the Wall Street Journal tells us that "Two years of U.S. storms, floods and fires have racked up losses for insurers and led investors in catastrophe-risk markets to question their exposure for the first time in years." Even though 2018 lacked the killer hurricane punch of 2017, the back to back US losses are riling the market in cat bonds. The major issue seems to be what's called "trapped capital" as dollars tied up in ongoing claims settlements from previous years are not available to bid up new risks and the market is not too keen on adding in new capital. Luca Albertini, chief executive of catastrophe fund manager Leadenhall Capital Partners described the situation neatly: "Some investors didn't fully understand the risk that losing money wasn't just something that would happen once in 50 years." Oops.

This Journal has noted many times in the last three years that fire, water, and earthquake risks are dynamic and require constant re-evaluation. The next big cat may scratch at your back door. 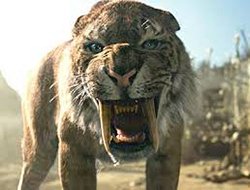 Well, yes. An intriguing article appeared very late last month on CNBC concerning the "rights" of robots in the workplace. The basic point is that companies need to develop new labor laws and social norms to protect their automated workers. Something like 50% of many types of work will probably be performed by robots or machines/systems using AI by 2025.

Obvious questions start to pop up as robots become more sophisticated in their work and their role in the workplace. Do they have rights and responsibilities in any way like their human colleagues? Who is responsible when robots make certain types of mistakes? Amazon discovered recently that an AI hiring system can actually be sexist due to the data files on which it was trained. This example never got beyond testing, but it shines a light on the complex possible ways in which humans and robots will be interacting as the future comes crashing into us like a tsunami at a beach resort.

For a humorous sidelight, see "When Tech Collides and Robots Die". In this case, we're looking at a PR stunt, but consider that something like the collision described could happen for real. Then what?

What to do? You might start thinking about new robots and automated systems as more than just another piece of machinery in your risk planning. The risks involved with an automated, AI-driven QA system, for example, have to be thought through in whole new ways. It's not another pickup truck.

You're probably acutely aware that obesity in the US is running up every type of claim cost that has a bodily injury component. Between putting additional stress on key body structures and causing/aggravating a whole range of comorbid conditions, obesity drives up every aspect of clinical costs and recovery time.

Here's a sidelight, courtesy of Property/Casualty 360, you may not have noticed:

The types of problems obesity causes in dogs and cats - spinal issues, high blood pressure, diabetes, etc. - directly parallel those we see in human claimants every day. We point this out as an indicator of how pervasive, even structural, the problem of obesity has become in every aspect of life and how it drives additional risk in an amazing range of insurance venues.

One big difference: dogs and cats can't be expected to know better. Put food and treats in front of them and they eat. Presumably, we do know better. What are you doing with your colleagues in HR to stem the rising tide of blubber? Woof? Meow? 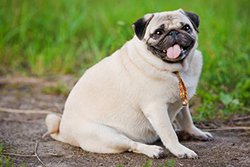 Hey, boss, is it lunch time yet?