Lower back pain (LBP) - just the phrase can be enough to induce a different kind of pain for a risk or workers' comp program manager. For good reason; LBP has an overall incidence rate of 20 per 10,000 FTEs with an average disability duration of some seven days. LBP accounts for about 33% of all comp costs. A team of researchers at the University of Utah decided to look at a very specific aspect of LPB. There are very well developed treatment guidelines in place for LBP. To what extent are these guidelines being followed in actual treatment and what relationship does compliance, or the lack thereof, have on total claim costs? Wanna know what happened?

From the Conclusions: "This study demonstrates a statistically significant relationship between adherence to ACOEM guidelines for initial management of work-related acute LBP and decreasing claim costs." What the analysis of 105 LBP claims from 2015 from the Utah Workers' Compensation Fund showed clearly was that the further the plan of treatment strayed from the guidelines, the more costly the resulting claim. No surprise. Guidelines reflecting current Evidence Based Medicine (EBM) work. Yes, there may be an outlier or two where comorbid conditions call for a departure from the guidelines, but in the aggregate, guideline adherence delivers superior outcomes, and not just in terms of lower costs. Sitting home on claim is not a good thing for anyone. More effective treatment leads to better, quicker RTW.

The evidence continues to pile up - this is only one of many similar studies - that provider adherence to EBM guidelines gives better results for all parties. For example, the study notes that "'over medicalizing' with early interventions that add costs, such as radiological studies, passive modalities, or early referral to other treatments [outside the guidelines] may also drive up costs without commensurate benefits." Are your claims people using this information? Do you know? Are routinely non-compliance providers being weeded out of your panels?

A generation or more ago, adjusters paid claims as long as the legal requirements were met. Medical consultants or nurse case managers were seldom involved because everyone was spooked about adding to the ALAE and the treating providers did whatever they did. Routine LBP cases blossomed into $50K claims and we all shrugged. That approach should be as dead as the three inch thick paper claim file in 2019. Is it?

Ransomware - Taking It Up a Notch

To paraphrase a commercial insurance advertisement from a few years ago, the provisions in your cyber property policy don't matter - until they do. We've been tracking the meteoric trajectory of cyber crime for several years now. Most of the stories have been about new hacks, new ways to attack your systems. Here, for a change, is a new wrinkle in fighting back, courtesy of the Boston Globe.

The Globe interviewed Brad Gow, global cyber product leader at the insurer Sompo International Holdings Ltd. While the focus of the article was cyber risk for government agencies, the following words of wisdom apply across a broad range of cyber ransom risks. When a client is hit by a data seizure and a ransom demand, Sompo takes a four pronged approach:

Paying the ransom may only be the beginning of a long process. "Once you have that decryption key, you've got to realize you're dealing with criminals," Gow said. "You can't trust that."

Oh, a handy hint - do you have Remote Desktop Protocol (RDP)? If you use Microsoft extensively, you probably do. Hackers love RDP. It's the house key under the front door mat or your wallet in your hip pocket (aka the "sucker pocket"). If you have it, is it secured or, better, disabled? The good news is that we're not helpless when hackers hit. Your faithful correspondent was hit by a common file seizure/ransom exploit two weeks ago. I went around their bug, squished it with no damage and everything is back to normal. Thomas Jefferson might well have been thinking about 21st Century cyber risk when he said, "the price of Liberty is eternal vigilance."*

*These words were not attributed to Mr. Jefferson in print until 1834, so there is some controversy, but it sure sounds like Tom.

Not in my system, buddy.

Quick Take 1:
To Gig or Not To Gig, That is the Question

One long simmering question in comp has been the potential impact of the "gig economy" on claim incidence and overall comp costs. One school of worry has been that, since gig jobs are often outside the conventional comp umbrella, gig workers will be trying to slip injuries incurred during their gig employment into whatever conventional job they also hold. According to a new National Council on Compensation Insurance (NCCI) report, this falls in the same category as the weekend non-work injury reported on Monday morning as a worker's comp claim - an urban myth.

Patrick Coate, an economist for NCCI, reported that, "Electronically mediated work is still mostly done for supplemental income and accounts for less than 1 percent of total income. Nontraditional work arrangements have not displaced much traditional work with respect to primary employment." In other words, if gig work is impacting your comp plan in any way, the effect is too small to document. Most workers who participate in the gig economy do so on a limited part-time basis to supplement their primary income. The visible impact appears to be wide (a lot of people are doing this) but thin (the impact on comp, if it exists at all, is too small to detect).

Bottom line according to the NCCI, if your next Uber driver also works on your assembly line, don't worry about it. If he's your CFO, then you should worry - a lot.

This Journal could not resist reporting on this new type of flood. Just when you think you've seen everything... Here's the story. Two Saturdays ago cryptocurrency exchange Poloniex needed to move $50 million of Tether (a cryptocurrency pegged to the dollar, hence the name) from a blockchain network called Omni to another called Tron. The Tether employee who processed the order accidentally created and sent to Poloniex $5 billion in new Tether instead of $50 million. Oops.

The crypto markets were suddenly flooded with Tether. The fat finger goof more or less doubled the amount of Tether outstanding in a nanosecond. Bitcoin plunged 12%. The error was discovered and rectified quickly, but the fact that it happened should give us all pause. Lesson 1, cryptocurrencies are subject to all the risks that beset normal currencies plus a few new ones, like the fat finger from Hell. Lesson 2, blockchain is not goofproof. It did nothing to prevent a classic input error and it let that error flood the crypto-trading ecosystem. Lesson 3, all fiat money is fictional, a mere agreement among friends, but some fictions are more fragile than others.

No permanent damage appears to have been done this time, but if you hold cryptocurrencies for any reasons, would you be covered in the event of serious losses in a similar scenario? As for me - well, I'll be in the cellar polishing my bars of bullion. 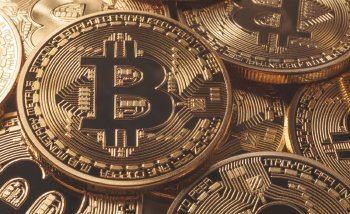