How Do I Insure Thee? Let Me Count the Ways...

No, Shakespeare did not say that, but were he to write a sonnet about the Texas deep freeze event of two weeks ago, he might have started it thus. Either that or "If you have tears, prepare to shed them." This event should be watched and studied by everyone in risk management as Patient Zero for unexpected climate related complex cat claims. Up to this event, we have seen unexpected severity in a number of climate cats, but this event has it all, including a wide selection of knock-on impacts caused by the failure of large parts of the Texas electrical grid.

One question highlights the event nicely - what lines of coverage were not hit in some form by this single phenomenon? Cyber liability and some crime covers might quality, but that's about all. AIR Worldwide, a premier cat modeler for the industry said recently that even its highly sophisticated models don't include all of the covers triggered in this event.

As Advisen noted last week, "AIR's extreme weather-event models do not 'explicitly' capture potential insured losses from power outages. Other variables such as demand surge, government intervention, whether utility-service interruption coverages pay out, and the possibility of emerging claims for mold add to the difficulty of modeling this event." The loss of power impacted industries across the state, as have burst water pipes and the partial shut down of transportation. As noted above, flooding can mean mold damages, not to mention equipment and inventory replacements.

The extraordinary deep freeze was a good example of an "it can't happen here" loss event. How often does it hit ten degrees in Houston, after all? Often enough to cause havoc, it now appears. This question deserves close attention. The "history" that most of us think of when deciding what we need to insure for what losses is really just the blink of an eye.

The cattle industry in the plains region enjoyed a series of mild winters through the 1880s until the winter of 1886-87 when a series of blizzards and ice storms killed over 50% of the cattle left to graze*. The old-timers knew that could happen but the new cattle barons had no idea. Many, if not most, went bankrupt. Mother Nature seems to be intent on putting us all on notice that we can't make facile assumptions and roll over renewals without asking new and hard questions.

So, yes, hell did freeze over** and we are still sorting out the consequences. Were you ready? Will you be next time?

*This is the starting point of my new novel, The Winter of Wolves, coming soon from Random House under their Ralph Compton imprint.
** General Sherman once observed, "If I owned Texas and Hell, I'd rent out Texas and live in Hell." 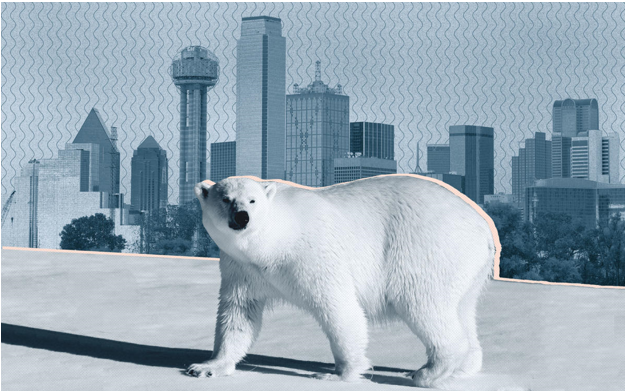 Not everyone in Dallas had a problem.

If we recall our high school math correctly, three letters can be arranged into 17,576 different combinations. So how come we keep running into duplications in acronym land? Today's exhibit is "CPA" - no, no longer the jovial, beloved accountant we all enjoy spending our time with while having fiscal root canals. In 2021 CPA stands for Cognitive Process Automation. Expect to be hearing more about this new incarnation of CPA from your carriers and brokers soon.

Chaz Perera provides an excellent definition of CPA in a new article in ITL:

CPA is a combo of new automated processes that have been developing over the last decade and more. Much more in the case of using Optical Character Recognition which came of age back in the 90s. The idea is simple - deploy machines guided by AI for all the duplicative, no-brainer work involved in underwriting and claims and reserve humans for those tasks which require thought and human interactions. Limited types of CPA are popping up all across the insurance industry and more are being knit together into sophisticated process chains every day.

We call your attention to CPA because, as a risk manager, you are the ultimate end user. The idea of having your own cadre of dedicated adjusters and analysts, people you can call at a moment's notice, has been the gold standard for generations. Going forward you may need to have in depth discussions with your vendors - carriers, TPAs, and others - to determine where old fashioned personal attention still pays serious dividends as opposed to the myriad of daily, small dollar, high volume processes where that new-fangled CPA may be a better deal.

Back when your faithful correspondent was in grammar school, my mother had a favorite teller at the bank downtown. I remember tagging along on non-school days and standing in the line to have our banking done by Miss June. She was really nice, so the line was usually long, but that personal interaction made it worthwhile for my mother. Then the bank implemented the single teller line* and we got whichever teller was available next. Some years later I met my first ATM. Now we bank on our smartphone. Yep - there's a pattern here.

*The single teller line was developed by one Barney Taylor of Bank of America. Many years later he became my father-in-law.

Quick Take 1:
Toto - Are We Still in Kansas?

No point trying to sugar coat this forecast for 2021: "AccuWeather meteorologists say that due to the ongoing La Niña, severe weather and tornado activity could abruptly fire up and rival 2011, one of the most notorious severe weather seasons ever, a year in which more than 550 Americans were killed by tornadoes." It appears that tropical weather patterns in the eastern Pacific are shaping up just like a decade ago. Add that prediction to this fresh report: According to AON, hurricanes, floods, hailstorms, and other severe weather-related events made up more than 90% of the $268 billion in global natural peril losses last year. Oh, that's the full damage estimate. Of that total, only $97 billion was insured. Ouch.

While hurricanes and typhoons get most of the publicity and pose to have their pictures taken from space, convective storms like thunderstorms, derechos, and tornadoes do most of the damage in the aggregate. Changing weather patterns and ongoing development in storm and flood-prone areas mean that we need to re-evaluate our risk mitigation efforts vis a vis weather risks at least annually. The good news is that we have better forecasting tools all the time. The bad news is that they inform us of more turmoil yet to come.

Regardless of our opinions of its causes, climate change is here to stay for a while. What can we do, first, to make our people less exposed when severe weather happens and, second, to lessen potential property damages? Do your people know where to shelter in the event of a tornado? In a company facility or at home? Are shelters in your buildings clearly marked? Are your telephone trees up to date? When Mother Nature throws a fit, simple stuff saves lives.

Anyone you know here?

Working from home is now old hat. Now we are thinking more about the next normal, assuming that we get to herd immunity sometime this year. On the other hand, now may be a good time to review your insurance arrangements for folks working from home in case anything got overlooked in the mad scrambles last spring. For example, if a theft occurs at an employee's home and company equipment - a laptop, let's say - is stolen, whose insurance covers the loss? Or company equipment is damaged in a residential fire - same question. Have you promulgated and implemented policies about co-mingling company electronic equipment with home electronics? What about shared routers or home "hot spots"?

A handy review piece ran last week on the ITL blog which might help you update home office coverages. Remember, this is not just an issue for you as the employer but also for the employee/homeowner. Have they updated their residential policy to encompass the enlarged liability and property exposures involved in a home office? Maybe all of this was covered when people were grabbing their laptops and bolting for home, but just maybe not every "i" got dotted or every "t" crossed.

For example, the average homeowners policy in the U.S. has a $2,000 limit for home office equipment. Hmmm. This year's renewals promise to be "interesting" as we all have a better idea of how we are accommodating COVID and what arrangements will be short term or otherwise. And remember that your colleagues pounding their laptops at the kitchen table may need some risk management coaching of their own for their homeowners or renters packages. We've covered the big stuff. Now it's time to make certain we tuck in all the details. 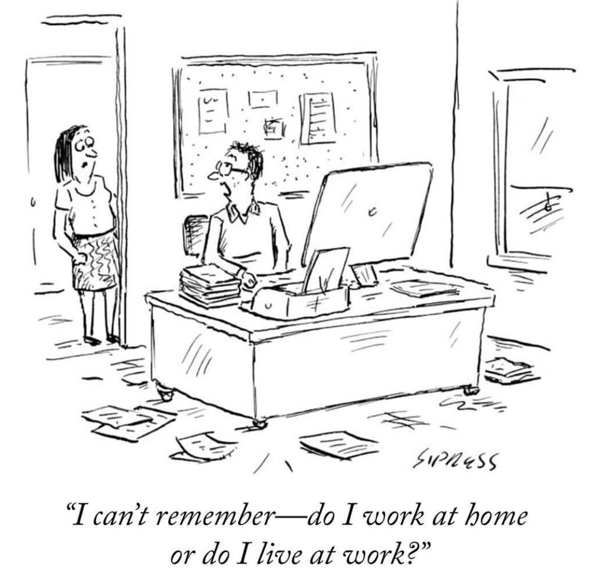 The phrase "perfect storm" is overused, but every so often it seems to be the only term that fits:

A new study from the University of Utah suggests more than half of doctors, nurses, and emergency responders involved in COVID-19 care could be at risk for one or more mental health problems, including acute traumatic stress, depression, anxiety, problematic alcohol use, and insomnia.

Dealing with COVID can take a toll. Keep this in mind in working with your staff and colleagues. Be a pillar of strength and understanding in all the roles you play.

"But who wants to be foretold the weather? It is bad enough when it comes, without our having the misery of knowing about it beforehand."