A friend explained some years back that when an email, which you know must have been sent, never arrives, you have to figure it took an off-ramp in someplace like Altoona for a short beer and never got back on the information superhighway. Once again, my invitation to the Global Insurance Forum hosted by the International Insurance Society (IIS) seems to have gone missing. Fortunately, Paul Carroll got his invite, so we have his account in last week's ITL to fill us in on the important stuff.

Here's the lead to whet your appetite: Swiss Re Group CEO Christian Mumenthaler said the industry has been in a sort of hibernation for the past year and a half to two years in terms of big deals and bold moves - but is about to wake up. He said, "I think we're in for a very interesting two or three years, with lots of change in the industry." From our point of view, it's been a very active hibernation, but the overall point - you ain't seen nothin' yet - seems to be well taken. For example, the industry's "stunning pivot" to much greater digitization to cope with COVID is just the beginning. The head of Manulife noted that the company has "done more in the past 18 months than in the prior 18 years" in digitizing and has seen the benefits, e.g., straight-through processing now handles 81% of claims, up from 68%.

In effect, changes like this have created a new platform for further progress. One major change is as much a matter of how we view risk as it is of underlying tech:

Paul's summary and the accompanying IIS Global Priorities Report (pdf) will together* bring you up to speed on some of the most important and agenda-setting discussions taking place in the world of risk today. This is red meat reportage. Block some time on your calendar, get a fresh cup from your office Keurig,** and settle in for half an hour or so of serious reading and even more serious thinking. Trust us on this, dear friends, we all have a great deal to think about going forward. It's a new world and a new vocabulary. Adapt or retire.***

*The ITL article includes links to recordings of important conference sessions.
**We nominate the Keurig as the single most important new tech in risk management since typewriters replaced quill pens.
***The latest paleontological research indicates that not all dinosaurs went extinct 65 million years ago. Some survived the asteroid collision and became insurance companies. 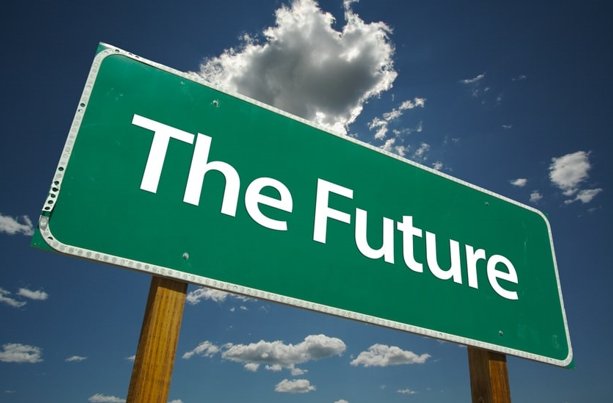 Take the next off-ramp.

Way back in the 1950s, the first prime minister of newly independent India, Jawaharlal Nehru, observed, "The basic fact of today is the tremendous pace of change in human life." One wonders what he might add to that were he still around today. We found ourselves speculating on this when we read that Travelers* now has a fleet of over 700 drones. Yeah - over 700. In just the last few years drones have become indispensable for many property loss adjusting tasks and P/C carriers and adjusters have been snapping them up.

A recent article on the Dow Jones newswire noted that, "International Data Corp. expects the insurance industry to spend about $602 million world-wide on robotics systems, including drones, in 2021, with spending growing to $1.7 billion in 2025. 'All these technologies are about augmenting the capacities of the so-called knowledge workers,' said Patrick Van Brussel, research director at the technology research company."

Drones allow adjusters to inspect damaged property quickly with minimal risk and maximum video documentation. Travelers alone deployed over 200 drones to survey damage from Hurricane Ida last month. Of course, not everything is visible from the air. Farmers Insurance has invested in a new robot, a 70-pound, four-legged robot named Spot,** created by Boston Dynamics, which can poke around inside damaged structures, taking pictures, going where an adjuster dare not. As the head of claims strategy for Farmers puts it, "Spot gives us the ability on the ground to see what's ahead of us. Things that may be difficult for an adjuster to see."

These drones and robots provide an excellent example of how new tech is making insurance adjusting both faster and more exacting - better, more complete information obtained in a supremely timely manner. Research has already shown that getting good at playing video games is excellent preparation for operating military drones and robots. Who knows? That teenager slouched over his game station may be on the road to a successful career as a P/C adjuster. Parents take note.

*Yes, another former employer. I still have a giant red Travelers golf umbrella. It's virtually indestructible.
**Yup, Farmers now has a farmer's dog. Your adjuster will see you now.

The narrow gauge Alaska Railroad runs from Anchorage to Fairbanks, and the track ambles through a great deal of snowy wilderness largely inhabited by deer, elk, and especially, moose. The daily train is locally known as the "moose gooser," for reasons which should be obvious on a moment's consideration. Bull moose, in particular, have been known to stand on the tracks and try to stare down the relatively diminutive locomotive, which they seem to find quite unimpressive. We bring this up because the month of October takes us into prime season for sharing the road with all varieties of wild ungulates. This is when deer, elk, and moose go head to head with motor vehicles. While the animal almost always loses the match, passenger cars, light trucks, and delivery vans often don't fare much better.

The current issue of Popular Mechanics (can't be a risk meister without it) has an excellent article: "These are the days in the year when you're most likely to hit a deer." This is serious business: "Deer cause over 1 million motor vehicle accidents in the US each year, resulting in more than $1 billion in property damage, about 200 human deaths, and 29,000 serious injuries. Property damage insurance claims average around $2,600 per accident, and the overall average cost, including severe injuries or death, is over $6,000." As the author Tom Langen, a professor of Biology at Clarkson University, points out, autumn is the season when deer and other wild ungulates are on the move, especially around dawn and early evening.

If you have company drivers, now is a good time to remind them to be extra alert for deer and their hoofed cousins. Good deer avoidance requires special driving techniques, such as scanning the sides of the road for "traffic" coming across a field or through trees. Also remember that deer and elk are herd animals. If one runs across the road in front of you, there may well be more coming, so pause and look. Your humble correspondent was T-boned by a local white tail deer just a couple of weeks ago. She burst out of the bushes beside the road and plowed straight into the side of my Subaru, ker-wham! I kept control - a good thing since old growth hardwoods line the roads around here.

Save Bambi and save a company truck - remind all of your drivers that this is deer season, not just for hunters and not just in the far countryside. At some point in most of the great Laurel & Hardy films, when the boys found themselves trapped, tangled, or bamboozled by some scheme backfiring, Oliver Hardy would turn to Stanley Laurel and say, "Well, here's another fine mess you've gotten us into." We are beginning to think that the Great Resignation and all the crises surrounding it may well qualify as a fine mess indeed. As we've pointed out before in these august pages, the way in which people are leaving their jobs - and the jobs often going unfilled afterwards - is as much a risk issue as an HR issue. So how did we get here, and does exploring the genesis of our current mess suggest any possible resolutions?

The best compact account we've seen thus far of how this amazing state of affairs has come about is a new essay sharply titled "Is That All There Is? Why Burnout Is a Broken Promise". If you'd like to get up to speed without wading through a number of articles in the HR press, we recommend this nicely framed overview. The thesis is simple: "It's a sign of the times - and of how fed up people are with the conditions of work - that people are now rejecting this worldview [that work is our main reason for being], and doing so to such a degree that it's become a movement."

As the title suggests, the primary culprit is burnout - burned out with current jobs, with the employers providing those jobs, with the sacrifices and insane time demands of those jobs. The downtime enforced by COVID for so many of us gave us time to wonder - why am I doing this and what am I getting? The author tells us that for many, a moment of enlightenment came with this simple realization: "If you died tomorrow, your job would be posted faster than your obituary."

The essay offers no simple solutions, alas, but risk management needs to be at the table in any serious corporate discussion of how to deal with this unprecedented personnel-based risk phenomenon. You can get a different but complementary view, based on a recent poll of some 2,000 employees, in another aptly titled article, "What You Can Do When The Employees Are Not OK". The lead on this item should grab some attention: "A study in the UK by Lime Group found that only 84% of employees did not believe their mental health needs were supported by the workplace." That 84% sounds like a clear risk to us.

How many of your carefully crafted programs for workers' compensation, transportation safety, workplace industrial hygiene, and so forth may be seriously compromised if your experienced, skilled people raise the burnout flag and leave? You need to know this stuff.

What does one plus one equal? Before you reply, consider the two items below ripped from today's headlines. What do they add up to?

We usually try to keep this little section of the Journal light in tone, but when we saw these two items, one right after the other (Dow Jones and Business Insider, respectively), the conjunction seemed too piquant not to mention. As our old Swedish grandfather once explained, bad news can compound, just like interest.

Your humble correspondent spent an evening with Ray Bradbury once back in 1963. My 18-year-old self strained to keep up with the velocity of his thoughts. A night to remember.

*Should you want to revel in autumnal spirit, try his novel The October Country.