The Costs of COVID - So Far

Contemplating murder for the first time, MacBeth says, "present fears are less than horrible imaginings" (MacBeth, Act I, scene iii). Not quite a year ago, the new scourge of COVID filled the risk and insurance community with many horrible imaginings indeed. A great many electrons were marshalled in publications far more august than our little Journal to contemplate the potential costs of business interruption claims, the effect of new presumption regs and a flood of COVID based claims on workers' comp, and other possible risk related fiscal mayhem. It's far too soon to run the aggregate sums of COVID related claims, but a few outlines are beginning to become visible in the murk.

Thus far, the courts have not been generally receptive to business interruption claims. The local newspaper in Insurance Town, USA, The Hartford Courant tells us in a recent overview: "Ten months into the COVID-19 pandemic, insurers, armed with favorable interpretations of coverage policies and an exclusion citing viruses, are swatting away lawsuits from businesses seeking compensation for shutdowns imposed to slow the spread of the lethal virus." The Carey Law School at the University of Pennsylvania is tracking these suits and thus far, some 64% of the suits filed have been dismissed outright and only 17.5% are moving ahead (the others were dismissed with the possibility to refile). The legal issues involved are, of course, complex and will be subjected to extensive discussion going forward in every applicable jurisdiction. Today's report is no more than a snapshot.

COVID based claims have been less than the feared tsunami in comp so far as well. According to Managed Care Matters, the great majority of COVID claims are minor ( 96% cost less than $3500 ) and about 33% of all COVID claims are denied while over half of all comp COVID claims are for people under 40. On the other hand, overall comp indemnity costs have gone up about 17%. This appears to be due in some part to the delays in treatment, IMEs, FCEs, and similar clinical services due to the strain COVID has placed on medical facilities.

Of course, COVID has also had a serious impact on auto liability due to the reductions in traffic volumes caused by the various lockdowns and other business activity limitations. Retail insureds have been getting premium refunds on the order of 15% since mid-2020. The impact on commercial auto liability is less clear, but fewer cars on the roads should be trimming overall claim costs.

All in all, ten months into COVID, the direct impact on risk costs appears to be less than expected. It's more complicated to account for the indirect impacts because all of our risk profiles have changed as we have responded to COVID often with major new system implementations and all sorts of process enhancements. We have new cyber risk costs offset by lower travel and entertainment costs, for example. Perhaps in another year, the balance will be more transparent, but it does appear now that the many risk Armageddons we imagined ten months ago have remained just that - imaginings. 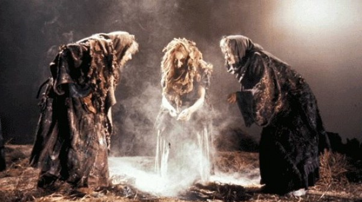 Witchcraft or underwriting? Can we be certain?

No, It Was Not Your Imagination

2020 really was a terrible year for cat losses. The Washington Post is not given to hysteria. Here's their summary of the year we just survived:

It's worth noting that the cats in the US this past year were almost all weather related - record wildfires, tornadoes, and hurricanes. One of the most expensive events was on March 2 when a storm front rampaged through Nashville and environs, spawning two major tornadoes which cost an aggregate $2.5 billion. It takes a lot of C&W songs to pay for that kind of damage. Then there was the corn belt derecho* on August 10, the single most expensive thunderstorm in US history at $11 billion. It destroyed 43% of the entire Iowa corn crop. Indeed, from here at the GB Journal World Headquarters, the difference between meteorologists and property underwriters seems to get smaller all the time**.

A recent article in the journal Proceedings of the National Academy of Sciences puts the aggregate costs for excess flooding caused by climate change over just the last three decades at roughly $75 billion. True, lots of numbers get tossed around concerning the cost of global warming, but this study comes to us from the scholars and researchers at the School of Earth, Energy & Environmental Sciences at Stanford University (our alma mater) - so we know it's right.

Our suggestion is simply this - have you recently done an updated inventory of potential weather-related exposures and losses for your organization? We have noted in past articles how flood maps and water hazards have changed in the last few years around the US. The seasonal patterns of tornadic type storms seem to be changing as well. Those of us who look to the past as a possible guide know that the climate across Western Europe changed dramatically between 1320 and 1350 or so, changing trade routes and destroying major industries, like wine making in England in a single generation. It was also about that time when many of the pueblos in the American southwest were abandoned due to searing droughts. Climate change is nothing new. A weather loss year like 2020 should give us all pause to rethink our plans, policies, and limits for weather risks.

A few years ago, a large house located on the very top of a hill not far from our farm was hit by lightning and burned to the ground. It has since been rebuilt (good insurance, we presume), but it still has not a single lightning rod on the roof. Thunderstorms roll through here that look and sound like world war III. You wouldn't do that, my dear risk manager - would you?

*The word derecho tells us a great deal in itself. The term was coined in an article in the American Meteorological Journal to describe a certain type of non-tornadic windstorm back in 1888, but it's only been in the last decade or so that it has begun to become common parlance because we see these storms more and more often on an increasingly larger scale.

**For a closer look at how SwissRe is rethinking hurricane risk see the recent R&I interview with Mohit Pande. 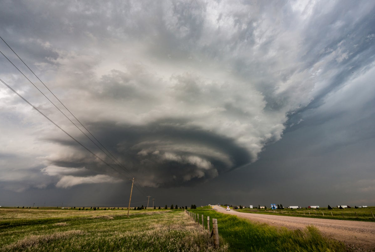 Now is not a good time to update your property cover.

Hey, Cinderella - does this glass slipper fit anyone you know?

If that reads like a page from your 2021 playbook, we strongly suggest a new report from McKinsey & Co. "Derisking digital and analytics transformations" takes a good look at the potential risk issues of the projects so many of us have underway or in planning now to transform our huge data resources to support both better customer service and more sophisticated analytical tools.

The important point is that, in some companies, risk management has not kept pace with the proliferation of digital and analytics transformations - a gap that can be closed only by risk innovation at scale. We are not throwing shade at any of our risk management brethren. Indeed, risk management is often not invited to the table for these projects until something happens. The report starts with a summary of a major digital transformation project undertaken by a diplomatically unnamed bank which accidentally exposed client data. Some of the new applications had been operating for weeks before the errors were detected because no monitors were in place to identify security issues.

Extensive research by your humble correspondent has shown that the least favorite word of most CEOs is "Oops!" The report offers some excellent, high level ideas about how to avoid "oops-factoring" in transformation projects. No matter how "agile" your team may be, hidden, non-financial risks often go unnoticed until the data hits the fan.

Definitely worth a read if your organization is approaching serious transformation projects.

Glass slippers - available in your size?

The more things change, the more they stay the same*. Yes, even in the times of COVID that lesson still applies. Today's example is fraudulent slip and fall claims. The National Insurance Crime Bureau looked at fraud stats for 2017-19 (See graphic below) and found that fraud is alive and well, flourishing even.

As you might expect, fraud flourishes more in some states than others. Do the following surprise you? California, New York, Florida, Texas, and Pennsylvania were the top five states for Slip and Fall potential insurance fraud scams. Los Angeles County, CA had the most questionable claims of all counties, while New York, NY was the city with the most questionable claims. We will be watching for the 2020 stats from the NICB. As they note in the current report, a majority of these claims (2017-19) are occurring at retail stores, parking lots, or restaurants. We wonder how COVID related closures and business restrictions may impact this type of fraud going forward.

The most recent research on crime and unemployment is ambiguous with some studies showing that growing unemployment increases crime rates while others show no statistically significant causal effect. That suggests that the economic disruptions of COVID may or may not drive higher rates of insurance related crimes, such as claim fraud, but we have no reason to expect fraud events to shrink either. While COVID and its many different fallout events have given risk managers dazzling new hazards to try to control, the old standbys, like claim fraud, aren't going away. This suggests to us that eternal vigilance is clearly in order.

*Kudos to our readers who recall that one of our most literate rock stars, Jon Bon Jovi, uses that line to open a song by the same name. A line from that song makes a great tag for this article: "It's the same old story, but it's told a different way." 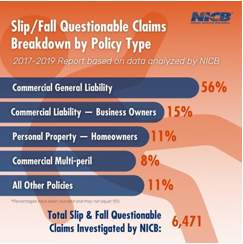 One of the very last messages you want to receive from LifeLock:

In April 2020, a password you use (or previously used) was discovered as part of a combo list in the underground marketplace known as the dark web.

A hacker in China was trying to pirate our Netflix account and move it to a user located in (no kidding) Giza, Egypt. We put the stoppers on this, tracked down the hacker and sent him a not very nice note in Mandarin. Whether you are at work or at home, hackers are lurking, looking for a way in. The difference between prudence and paranoia gets smaller every day.

g to write materials that other people will actually read:

Whittington covered the case fast. Earl admired the way he used so few words but said so much. Had to be a westerner. Easterners used words like God uses snowflakes - cover everything up so it looks pretty.

From, The Winter of Wolves by Royal Harding