The Most Dangerous Day?

Every large business, every industry has one-the one day of the year around which certain types of injuries clump, statistically speaking. The sharp folks at Pinnacol Insurance in Colorado recently published a report which declared January 9th the most dangerous day in that state. That's the day with the most slip, trip, and fall comp injuries across the expanse of snow, ice, and limited sunlight which describes Colorado in January*.

We call this to your attention because there is a seriously brilliant idea embedded in naming "most dangerous days" for specific types of injuries. We all know the "safety first" posters and related materials that corporate safety folks use, but the general safety message can be bland. It often doesn't grab your attention or stick in your head. On the other hand, reminding your employees that this is the month when the most people are seriously injured slipping in the snow has some "bite".

The Pinnacol report goes on to name a few other most dangerous days for their clients in Colorado by industry:

Well, perhaps you should know. Your RMIS system or your claims administrator should be able to tell you what your most dangerous days are for comp (and perhaps for G/L as well) by accident type. Have you considered a safety campaign based around the "claim of the month", like slip and trip in January? Perhaps you could encourage your people to do better than last year when you had, say, 12 such claims in January. You could remind people of how to avoid the claim of the month in meaningful detail. How do you avoid going Splat! in January? Hey, try walking like a penguin-seriously, that works. That advice will never be more relevant and attention-getting than right now.

Your claim history is a treasure trove of information that can help you manage risk right here, right now, with ideas like the most dangerous day. Otherwise, you can simply stick with the Colorado state motto: Nil sine Numine. It's all up to God.

*Not to be mistaken for the very expensive sport of falling down in the snow at swank resorts.

The parking lot toboggan event-and how many of these do you have?

リスクマネジメントと合気道
or Risk Management and Aikido

SHRM (Society of Human Relations Managers) carried a fascinating essay in their daily blog by a leading practitioner of labor law on how to use the concepts of Aikido in managing confrontations in the HR arena. Unlike the other martial arts, Aikido is not about delivering chops and punches to your opponent. It is the art of redirecting aggression into a harmless attack on the air, leaving the attacker a chance to cool down and reconsider.

The article by Jathan Janove was written for HR managers, who endure their fair share of angry confrontations, but his lessons about how to redirect verbal aggression and defuse tense confrontations just might come in handy in a few risk management discussions as well. You have to be a member of SHRM to access the blog, so perhaps you should talk to your colleagues in HR about accessing the article for use by both of your departments. You might even compare notes.

The author summarizes the point nicely: "Verbal aikido is not a set of techniques as much as a paradigm to keep you centered when challenged or provoked, and to help maximize your opportunity to find common ground and establish harmony." He also suggests that taking a few courses in actual Aikido might just help you improve your balance in stressful situations. As one Aikido sensei puts it: "Aikido practice trains the practitioner to maintain a calm, centered presence when facing challenging people and stressful situations."

After all, you made that new year's resolution to get more exercise, right? Might be a double benefit here.

Now, ready to see it my way?

The phrase "existential threat" has been overused lately to make routine problems seem profound or to flaunt someone's college degree, but it actually does mean something and a recent series of events overseas provide a look into what existential really means. If you travel frequently, especially through international airports, you have seen the Travelex kiosks for changing foreign currencies. Your faithful correspondent used them recently to turn dollars into euros (Venice) and back again (Milan).

Well, on the last day of the year, the IT folks at Travelex detected a software virus. Oops. Mark Shapland of the UK's Evening Standard picks up the story from there: "The currency seller was hit by a cyber attack..., and has remained offline, with workers carrying out transactions using pen and paper to serve customers at its airport terminals." The hackers behind the ransomware demanded a reported $6M to unscramble Travelex's files.

Now, about the existential part, the article further notes that: "While the company investigates the incident, S&P has downgraded its credit rating to negative and questioned if it could survive as a standalone company." Travelex does have backing. Although headquartered in London, it's part of Abu Dhabi-based financial services group Finablr. The point is that a moment of inattention down in the bowels of IT may well require a major restructuring for the company to maintain financial stability.

Looks like the message is getting through, if a bit too late for Travelex. In 2016 US companies spent some $73.7B on cyber security measures. In 2020, according to Fortune, that figure will be $101.6. So, dear reader, how much of that will be spent by your organization? 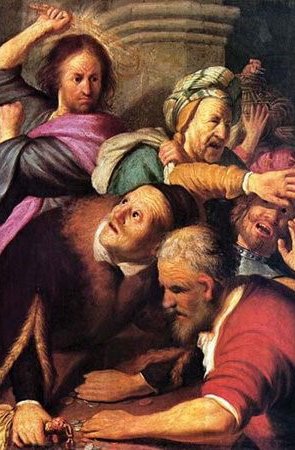 And how would you like those shekels changed, sir?

Quick Take 2:
And Now, Another Word from the
"I Told You So" File

A mere two months ago, this journal introduced a new player in the drug abuse game, Gabapentin (Gabby). We pointed out that as synthetic opioids are being more tightly regulated at the state level, the obvious question arises-what dubious compound is next? The Medicare Set-Aside Blog brings us news that the wheels are already turning to head off widespread abuse of Gabby.

From the blog: "In July 2017, Kentucky became the first state in the nation to classify gabapentin as a schedule V controlled substance. Since then, four other states have followed suit - West Virginia in June of 2018, Tennessee in July of 2018, Michigan in January of 2019 and Virginia in July of 2019." Other states are expected to either take a similar step or to restrict Gabby in other ways to avoid the kind of excessive off-label prescribing we saw with the opioids.

The point for all of us to keep in mind, whether we are risk managers or claims adjusters, is that improper prescribing-the kind of abuse that not only runs up claim costs but also ruins lives-is a moving target. Recent investigations and court proceedings have shown us the revolting drug company marketing practices used to promote opioids and the naked greed behind these travesties. Don't think that the opioid epidemic was a one off. Stay vigilant.

Get 2020 off to a flying start with the wise words of the great English philosopher and lexicographer, Samuel Johnson:

"One should always seek to laugh with the witty, smile with the wise, but eat with the rich."